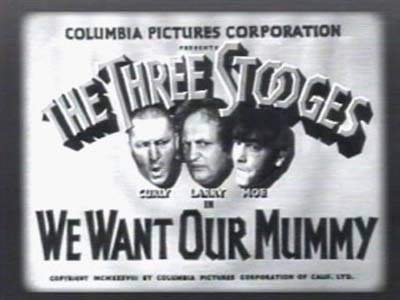 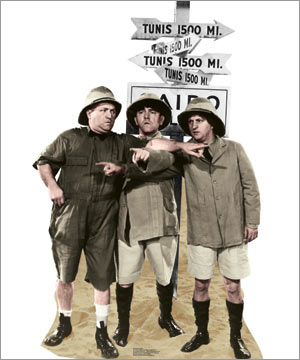 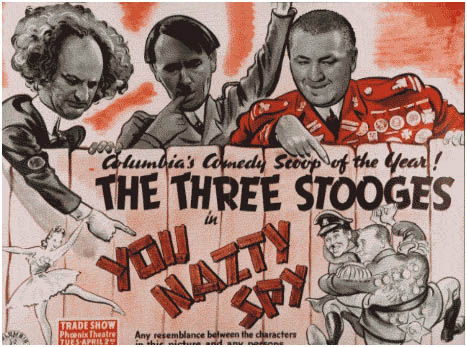 Satire was never the Three Stooges forte, they were known more for their slapstick and poking each other in the eyes, yet their greatest film was a satirical look at World War II that was more biting than anything that Chaplin could do. In fact this film was released nine months before Chaplin’s The Great Dictator! Moe was the first ever actor to spoof Hitler.

This is a most unusual short when compared to the Stooges other films. I suppose that is because it is quite clever and not as one dimensional as their other movies. I suppose that they were more venomous and serious with their humour because of their Jewish heritage and to make a profound statement about the atrocities happening in Europe at the time.