Murder On the Orient Express 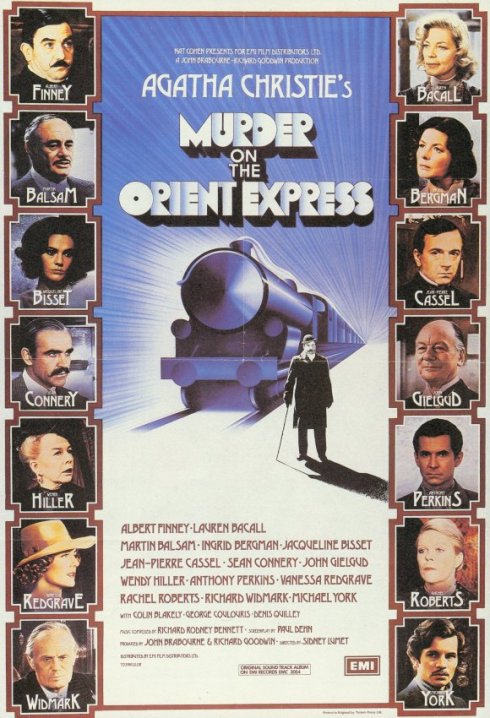 This film is OK, but I don’t think it is as great as it could have been. It has one of the most star-studded casts in Hollywood history yet they ham it up and act way over the top for the film to be taken too seriously. I really cannot stand Albert Finney in his role as Hercule Poirot. I feel that Peter Ustinov was much better in the later Death On The Nile. I also like the TV version of Poirot, David Suchet, but Finney just doesn’t nail the part at all. I find him to be quite bland and he really doesn’t nail Poirot’s Belgian accent at all.

The other actors all have what really amounts to cameos. Lauren Bacall hams her part up a lot and is quite annoying, as is Anthony Perkins, while Ingrid Bergman’s performance is really rather strange. Sean Connery, Michael York, John Gielgud and Vanessa Redgrave don’t really get enough screen time to do anything too impressive.

Spellbound is a 1945 psychological mystery thriller directed by Alfred Hitchcock. It was nominated for the Academy Award for best picture, and won Oscars for best music, thanks to the score by Miklós Rózsa. Its most famous scene was a dream sequence designed by surrealist artist Salvador Dali.

The film is quite interesting but not what I would consider one of Hitchcock’s best, mainly due to how annoying the beautiful Ingrid Bergman is at the times when she is spouting off psychoanalytical mumbo-jumbo. Sure this is a film about psychiatrists but sometimes it just is a little too much.

If you forget about the psychoanalysis stuff this then becomes a whodunit, with Ingrid Bergman out to prove the innocence of amnesiac Gregory Peck, who it is believed murdered a prominent psychiatrist before taking his place. The way the mystery is solved is quite clever in the way in which it ties into the dream sequence that Peck experienced. Overall I did enjoy the film and the mystery elements to it. I also must make a comment about the brief display of Technicolor that appears in this black & white film at the climax.