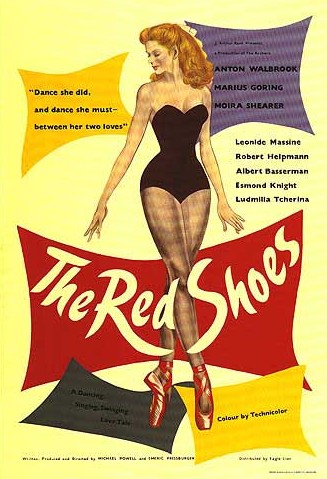 In recent weeks Magna Pacific has released a series of DVDs containing the best of British films from the 1940s, 50s and 60s. Despite being wary of anything that contains the Magna Pacific label, due to past bad experiences with their dodgy products, I have decided to give this series of films a go because it seems that Magna Pacific has licenesed them from UK distributor Granada, who holds the rights for these films.

Watching The Red Shoes I can say that this film alone was more than worth the $10 I spent on the three DVD pack of Powell and Pressburger films (also included is The Importance of Being Ernest and Black Narcissus). The print used is quite nice and there are none of the other blemishes that I have found when I have had the misfortune to watch a Magna Pacific DVD, such as poor syncing of sound or faded picture. Sure the Criterion Collection version of the film would probably be slightly better print, but that costs three to four times as much as the Magna Pacific version, so it really isn’t worth it.

The film itself is mostly very good. It is a drama about the world of ballet and whilst the ballet does play an integral part of the film’s plot, the main theme of the film is about ambition and of course the messy love triangle that contributes to the messy conclusion to the picture.

The ballet dancing sequences are quite stunning, with lots of vibrant colours used to highlight the choreography that was put together by Australia’s own Robert Helpmann, who was a major ballet star in the 1940s. As I said the use of colours is stunning and it has been claimed that this is perhaps the film that uses the Technicolor process to its fullest extent.

The one sour note that the film left me with was the ending, where the ballet dancer, Vicky Page, has to choose between the love of her life, composer Julian Craster, and performing in the Red Shoes ballet. Even for a film made in 1948 it does seem odd that a woman would have to give up her career so that her husband can pursue his and that his ambition and ego are allowed to take precedence over hers. Even Julian’s rival for Vicky’s affection, Boris Lermotov, the producer of the ballet company calls Julian out on this point.

Still the film is quite good and the music is terrific. The dance sequence in the middle of the film is perhaps the best that has ever been put to film.