History Of The World – Part 1 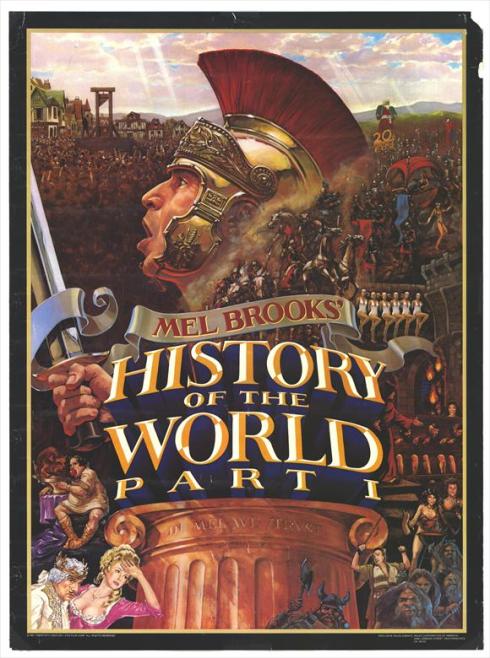 Mel Brooks’ History of the World Part 1 is quite funny but it isn’t anywhere as good as Young Frankenstein, Blazing Saddles or The Producers. It’s probably a  little more hit and miss than those other films but it is I feel, a lot better than High Anxiety.
For some reason I used to love this movies as a kid. I watched it a few times and thought it was hilarious. 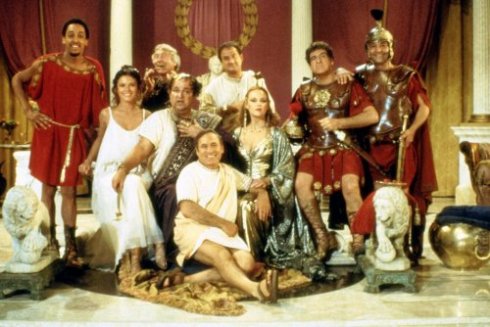 Watching it as an adult I find that it’s not as great as I thought when I was a kid, but there are still a few chuckles to be had. 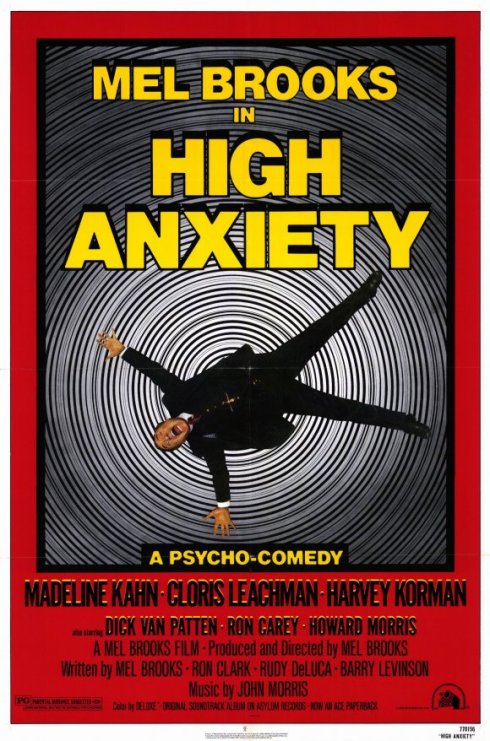 Directed by Mel Brooks
Produced by Mel Brooks
Written by Mel Brooks
Ron Clark
Rudy De Luca
Barry Levinson
Starring Mel Brooks
Madeline Kahn
Cloris Leachman
Harvey Korman
Ron Carey
Howard Morris
Dick Van Patten
Music by John Morris
Cinematography Paul Lohmann
Editing by John C. Howard
Distributed by 20th Century Fox
Release date December 25, 1977
Running time 94 minutes
Country United States
Language English
High Anxiety isn’t one of Mel Brooks’ funniest films but it is watchable and in quite amusing at times. The film is a spoof of Alfred Hitchcock’s thrillers and is meant to be a tribute to Hitch, but it is one that I feel is not really necessary. For one thing Hitchcock’s movies are filled with enough humour themselves, as they never take anything too seriously. They have an underlying dark humour unlike Mel’s obvious pie in the face style.

High Anxiety isn’t as good as Blazing Saddles, Young Frankenstein or The Producers and is probably the point at which Mel Brooks’ films started to become less and less funny. I think that after the monumental success of Blazing Saddles Mel started to half-ass things as his movies after 1974 are merely amusing and not laugh out loud funny. 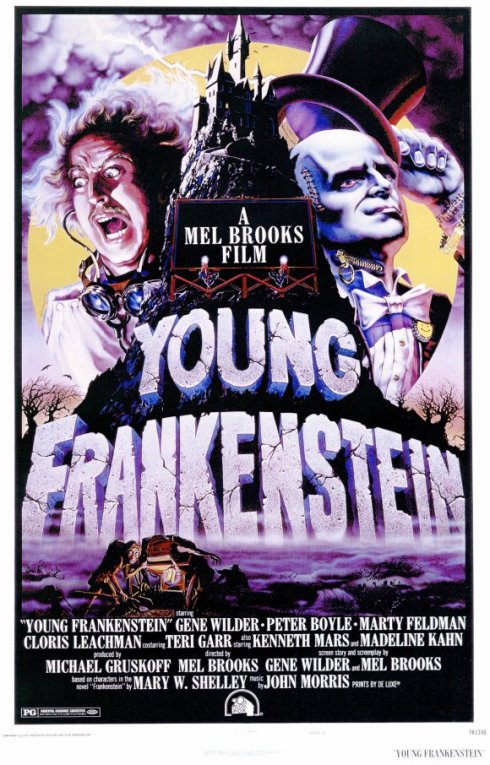 Young Frankenstein is Mel Brooks at his best and is perhaps his 2nd funniest film after The Producers. I feel that it is slightly better than Blazing Saddles, although those three films are the undoubted high points in Mel’s long career in Hollywood.

For those of you who haven’t seen it, Young Frankenstein is a parody film of the 1930s and 40s Boris Karloff Frankenstein films as well as other movies in the 1930s/40s monster genre. Unlike parody films that a made today such as the horrendous Epic Movie, you can tell that the makers of Young Frankenstein actually love the films they are parodying and the movie can be seen as a tribute to those films.

The performances of the cast is great, especially that of Gene Wilder as young Dr. Frankenstein and Marty Feldman as Igor. I do find Feldman constantly breaking the fourth wall to be one of the highlights of the film. There are a lot of great jokes and sketches, especially the scene where the monster goes into the house of the blind man, which is a parody of a scene from Bride of Frankenstein. This is one of the funniest scenes in the movie and Gene Hackman is very funny as the blind man, as are the reactions of Peter Boyle’s monster.

This is a great and very funny film that is one of my all-time favourites and I give it the highest of recommendations.