This 1939 Marx Bros. film starts off very slowly with one of those intolerable songs performed by someone not named Groucho. In this case it is Kenny Baker and Florence Rice who perform the mind-numbingly opening number. I wonder whether 1930s and 40s audiences really enjoyed these occasions when the Marx’s were not on the screen as I don’t. The same applies to Chico’s piano performances and Harpo’s harp recitals, which in At The Circus is tacked onto the politically incorrect Swingali number. It’s a wonder that the songs aren’t very good as they are written by Harold Arlen who composed the more memorable music to another movie in 1939, The Wizard Of Oz. These are all fast-forwardable moments and it is not until the 12 minute mark of the film that Groucho finally arrives, but when he does it is worth it.

The first scene in which Groucho appears, where he tries to get onto the train but Chico won’t let him because “He don’t gotta the badge” is really funny, but the films most memorable moment comes when Groucho finally gets onto the train to sing the fantastic ‘Lydia The Tattooed Lady”, the only good song in the entire film. [rant] Back in 1939 this would have been hilarious as at that time the only women to have tattoos were in the circus, but I guess that it has lost much of its relevance today since most women under 40 these days have some ink on their body. It used to be a sign of rebellion for a person to get a tattoo but now it is a sign of conformity with what ones peers are doing and it is almost more rebellious for someone not to have a tattoo. I never really got the point of why people chose to get tattoos. I know that they will claim that it is art but from an aesthetic point of view it is pretty gross. I think that the human body is enough of a work of art without a person covering it in graffiti. Michelangelo never put ink over David. Botticelli did not give his Venus any tattoos. I really don’t get it. [/end rant] 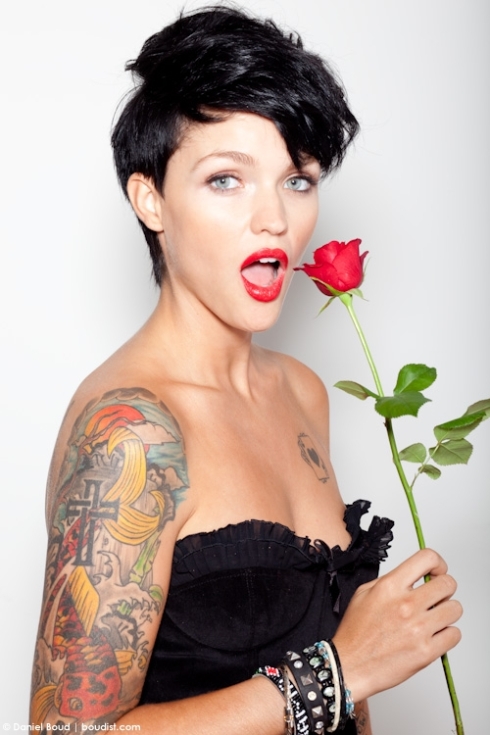 Lyrics to “Lydia, the Tattooed Lady”

Music by Harold Arlen and Lyrics by E.Y. Harburg

Overall the film isn’t one of the Marx Bros. best but it is still quite fun and worth a look. Any film featuring Groucho Marx’s wit and Harpo Marx’s slapstick and even Chico Marx’s racial stereotype is always good watching. I used to be fascinated by the film when I was a kid, I actually set the video recorder to tape it late one night when it was on but unfortunately I missed the last five minutes of the film. Even back in the 80s you couldn’t rely on the TV stations to stick to their schedules. Grrr!!!