Mystery Of The Wax Museum 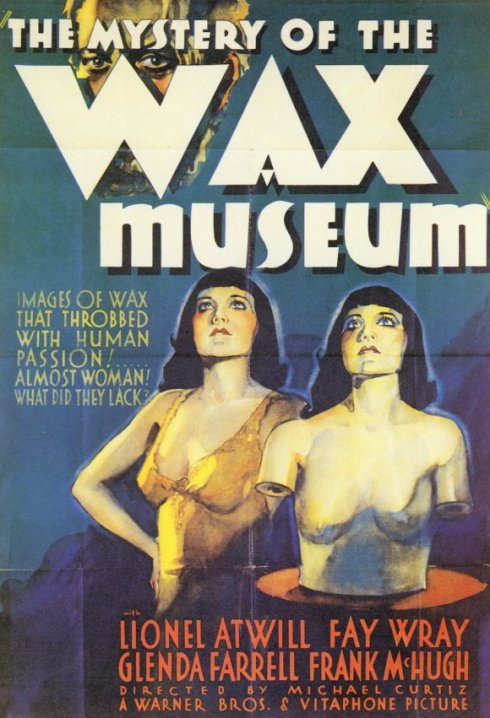 In the last few months I have gone on quite a classic horror/sci-fi movie phase thanks to JB Hifi. I have already started with reviewing The Wolfman a couple of weeks ago, but I will not solely concentrate on the Universal monsters. It may be surprising to know but Universal did not have a monopoly on horror in the 1930s and 40s.

Mystery Of The Wax Museum is a 1933 Warner Bros. horror movie starring Lionel Atwill, Glenda Farrell, Frank McHugh and scream queen Fay (King Kong) Wray. The film was made in two-strip Technicolor, which makes it unique from other horror movies of the period. I do love the way the colours look with the two-strip system, perhaps even more so with the superior three-strip process. The film was also made before the Hays code was imposed onto movie makers, so it a little bit sexy, especially with the dialogue, which I suppose was a hallmark of Warner’s gangster films of the time.

Anyone who has seen House Of Wax will know the plot of this film. A museum owner uses real life bodies to make his wax sculptures more lifelike. The best friend of the heroine is wanted by the mad owner for his next masterpiece. House Of Wax was a remake of this film by Michael Curtiz, the famed director of some of Hollywood’s greatest films such as The Adventures Of Robin Hood and Casablanca. This film was made before the Hays code was introduced so some of the dialogue in particular is quite risqué and sexy.

I do like Farrell’s performance as the reporter who uncovers the mystery. Her character could be considered as being a pre-Women’s Liberation feminist, as she portrays a strong willed, brave and intelligent (if quirky) woman, while most of the men come of not so good. She was a veteran of Warner’s gangster films and her character here is very streetwise. Wray on the other hand is just required to look very pretty and give her trademark scream when it’s required. She really offers not much to the film at all.

Atwill is rightly menacing as the supposedly disabled sculptor Igor, who in the end turns out to be a murderous monster that has been using dipping the bodies of his victims into the hot wax to make his creations.

Mystery Of The Wax Museum was considered lost in a fire for a long time until a complete print turned up from Jack Warner’s private vault. It was the last of three two strip Technicolor films that Warner’s made in the early 30s. It is included as a special feature on the DVD of the 1953 version of House Of Wax. I really recommend that you buy House Of Wax on DVD because at the moment it is for sale really cheap. House Of Wax is a great movie and as it includes Mystery Of The Wax Museum as a bonus it is a must but for any fan of classic horror.

The Adventures of Robin Hood 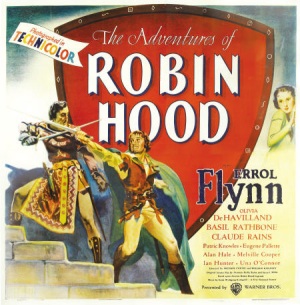 Out of all the films that I have watched this month The Adventures Of Robin Hood would have to have been the most fun. It is a terrific film, the kind that are rarely made in Hollywood any more. The last really fun film that I can remember Hollywood making would have to be the first Pirates Of The Caribbean film, and like that film it is not just the viewers having all the fun, you can tell that the actors enjoyed themselves too.

Of the actors Tasmania’s own Errol Flynn provides an iconic performance as Robin Hood. When people think of Sir Robin of Locksley the only actor who comes to mind is Errol Flynn, even though there have been several adaptions of the Robin Hood story, proving that this is indeed the definitive version. It is so good to hear Flynn’s distinctive Aussie twang, especially as this was made at a time when most Australians who were performing in Australian films were trying to sound anything but Australian. It would not be until the 1970s that Australian films would embrace their own Australian-ness and stop trying to be British, which makes Flynn’s performance so much more ahead of its time. Later this year Russel Crowe will have his work cut out for him in matching Flynn’s performance when he dons the green tights to play Robin.

For every great hero you need a great villain for him to match wits with. We have that here 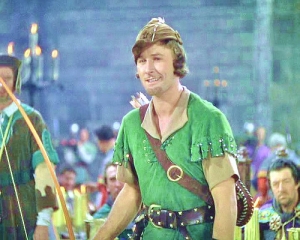 in the treacherous Sir Guy of Gisbourne, as played by Basil Rathbone. Guy is cunning and will do anything to get Robin, who not only eluded him but humiliated him in one of the films great scenes also. Rathbone of course memorably played the nemesis to Flynn here and in the equally iconic Captain Blood as well. Rathbone also played the sword weilding swshbuckling villain in a number of other Hollywood productions, always coming off second best.

There are a couple of other things that I like about the film too. Una O’Connor appears in a bit role as Bess, but this is really just the same kooky character that she had earlier played in films such as Frankenstein, Bride Of Frankenstein and The Invisible Man. She always provides a little bit of comic relief when she appears on screen but thankfully she is a little more restrained here. I also enjoyed the Academy Award winning score by Erich Wolfgang Korngold greatly.

This was a film that I greatly enjoyed watching. As I said it was a lot of fun, the kind of film that I wish Hollywood would till make.