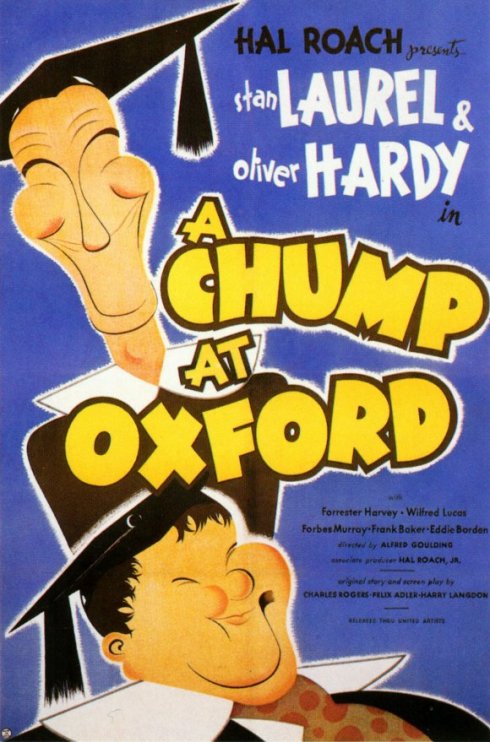 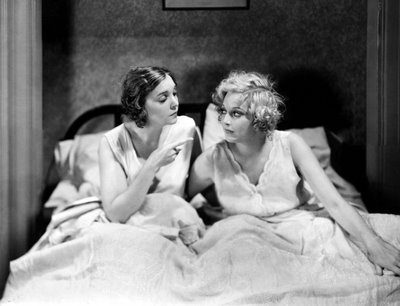 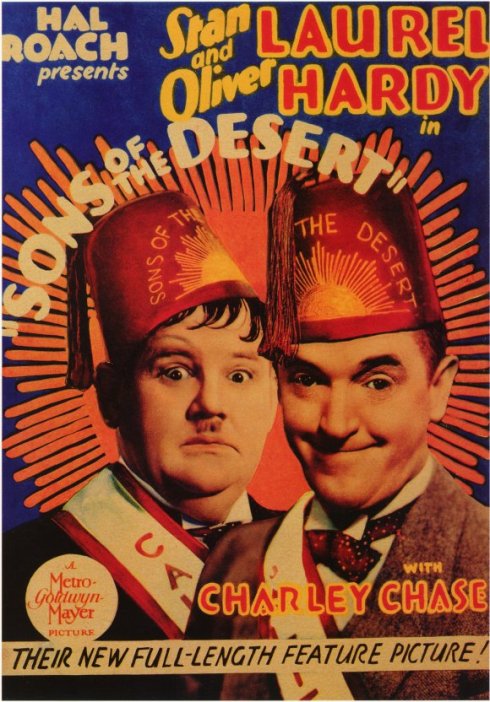 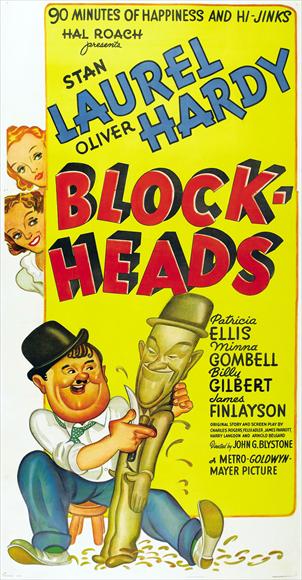 Universal Australia has just released a lot of Laurel & Hardy dvds onto the market. These are from the British DVD set which have been remastered. These dvds aren’t even available in America. These are currently selling in Big W for $8.80. While all of the disc in the set contain some fine Laurel & Hardy films the ones that are essential for any comedy lover are Volume 14 – A Job To Do/Classic Shorts, which features The Music Box (the short film where they try to deliver a piano up a flight of stairs), Volume 13 – Sons Of The Desert/Related Shorts, Volume 3 – Way Out West/Related Shorts, Sons Of The Desert and Way Out West being Laurel & Hardy’s best known feature films. Volume 16 – Maritime Adventures/Classic Shorts features another one of the duos best short films, Towed In A Hole, which is the film where they go fishing. Still as I said earlier all of the dvds are worth owning. 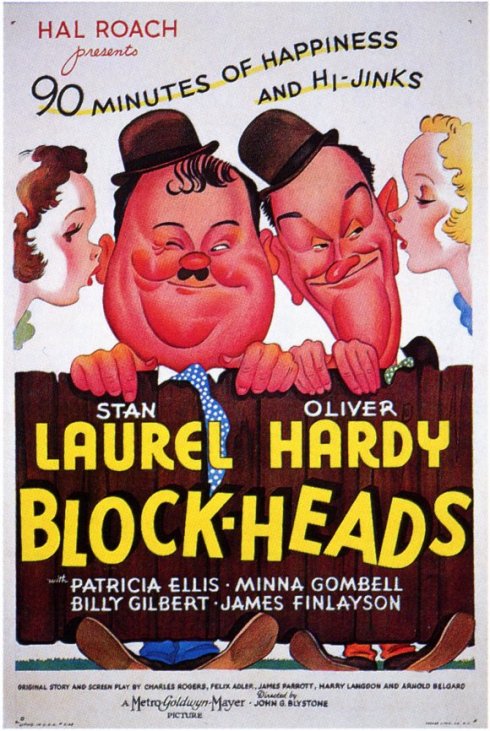 Blockheads was released in 1938. This is the film where after WWI Stan has been left behind in the trenches for twenty years not knowing that the war has finished. When he finally finds out he goes back to America where he is reunited with Ollie and chaos occurs. There are quite a few laugh out loud moments which is quite rare when watching movies over 70 years old.

I was reading the other day about why Laurel & Hardy have such a great appeal even now. They aren’t known for any violent slapstick like The Three Stooges, or any smartass one liners like Groucho Marx or W.C. Fields. The author of the book I was reading (whose title escapes me right now) said that basically Stan and Ollie are big babies and that it is this child-like quality that appeals to fans, especially children. I’m not so sure about that but I do know that they were very funny together. 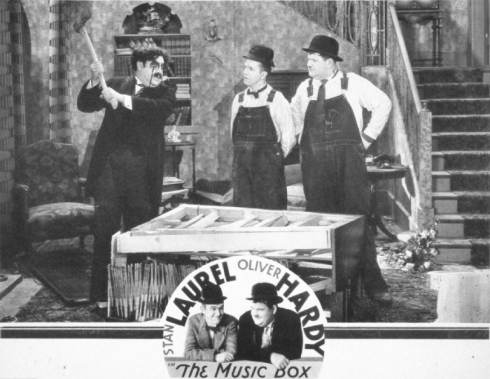 The Music Box is probably Laurel & Hardy‘s best known short film. This is the one where Stan and Ollie are moving guys who try to get a player piano up a set of stairs. After several painstaking attempts they finally get the piano into it’s new home, but not in one piece. There’s lots of clever slapstick and funny bits where you just have to wonder about the intelligence, or otherwise, of Stan & Ollie.

Like with a lot of Laurel & Hardy films many of the gags in this short film have been endlessly immitated, with mixed results, over the years, but this is where they all originated from.

It’s a shame that the wonderful fun of Laurel & Hardy seems to have gone out of favour in recent times. They don’t seem to have the same love these days as say the Three Stooges or the Marx Bros. I remember when Bill Collins (or was it Ivan Hutchinson) would show their feature films on a Sunday afternoon back in the 80s. It would be great to be able to see these films on TV again.