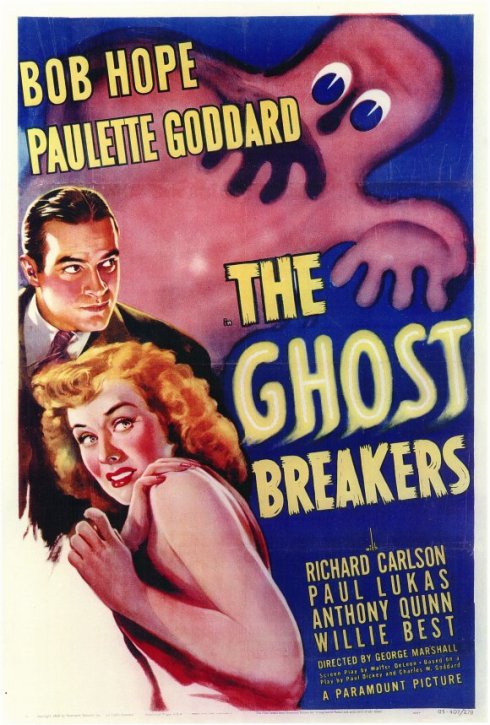 The Ghost Breakers is another one of the 1940s comedy/horror films that were made during that time. (I realise that this sentence sounds awkward) This one starred Bob Hope and Paulette Goddard and is a sequel of sorts to the haunted house comedy The Cat And The Canary from a year earlier.

While it probably wasn’t as funny as Abbott & Costello’s similar type film Hold That Ghost, this film did have a few more scary scenes in it. Hope has a few good lines and is quite funny but I found Goddard’s performance to be a little disappointing, especially when compared to her other big role from 1940 in The Great Dictator. My favourite role of Goddard’s so far is in Modern Times. In The Ghost Breakers she has a few good scenes but doesn’t really do anything funny. I guess you could stereotype her role as standard damsel in distress.

The Ghost Breakers was still quite an enjoyable film to watch and one that I enjoyed a lot.