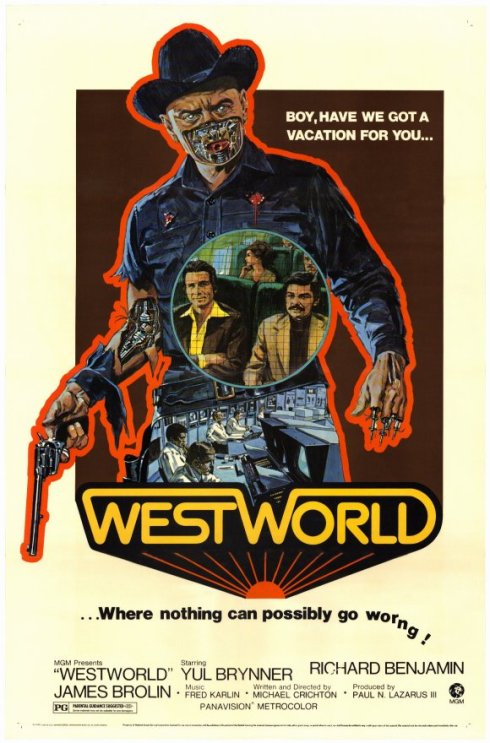 Westworld was a film that scared the hell out of me when I was a kid. I had nightmares of an out of control robot Yul Brynner chasing me and he couldn’t be killed, which is basically the plot of this movie.The Simpsons parodied the film in the Itchy & Scratchy Land episode.

It’s an enjoyable film to watch but not as scary as I thought it was when I was a kid. It’s an interesting concept of having a theme park full of robots that run amok due to a computer virus. Of course the film (and book it was based on) was made before everyone had a home computer so the idea of computer viruses was virtually unknown. I like some of the little things that Yul does that remind us that he is not human but a robot, such as the way in which he walks while stalking the hero Richard Benjamin.

I notice that Westworld is set to be remade with Russell Crowe in the lead role. I don’t see the point of a remake of what is a great film but if that is the case hopefully it is better than the remake of Robin Hood. It seems that Hollywood has run out of original ideas as now there are so many mediocre remakes or sequals to earlier films. This may be a topic for another time but how many crappy remakes have their been in the last decade?